Today we were up and out early again to catch our 8am boat heading first to Giudecca Island and then to Venice proper.

On Giudecca Island we saw a glass making display and spent time in the company’s showroom of Murana glass works. The glass blowing display was very cool – well actually it was quite warm given that the glass is melted to 1200°C – but super short. The master glass blower quickly made a very impressive pitcher/vase and little horse figurine and then we were shuffled off to the showroom where we got the “special prices just for you” spiel (special prices meaning that a couple of Murano glasses only cost 2 arms and a leg instead of the usual two of each). The stuff was beautiful but in a whole other world of expensive (one chandelier – admittedly probably taller than the ceilings in my house – was selling for 250,000 euros!). Judging from the number of kids making purchases, there a lot of people out there who really, really love their kids or some people have been working three jobs the past year to get spending money for this trip. This was the only “tourist trap” feeling activity we’ve so far and thankfully it was fairly painless (at least there were no timeshare pitches!)

After the glassblowing/selling, we piled back on the boat and headed for Venice itself. As we rounded the Giudecca Island, we approached Venice from the mouth of the Grand Canal passing between San Giorgio Maggiore and St. Mark’s square… Passing a couple of older Italian ladies in a sport gondola making a pretty good clip. Maybe the boat is a lot more stable than it looked but it seemed like a pretty impressive feat for someone of any age… It was a beautiful way to approach the fabled city on a beautiful sunny day!

Once ashore, we made our way to the Doge’s Palace and met up with our Tour Guide who would be leading us on a 1hr walking tour of the island… We would have been better off wandering around without her. Unfortunately, the combination of her accent and the static and volume control issues of the Whisper headsets we’ve been given by EF, most of what she said was unintelligible. But she did lead us to some interesting places so I guess it wasn’t a total loss and after it was over it was not quite noon and we had until 5:30 in Venice so it was all good.

That’s right, we had over 5 hours of free time to explore Venice – so we let the kids scatter to find something to eat before meeting back at St. Marks to visit the basilica and the Doge’s Palace together before splitting up to the spend the rest of the afternoon doing a couple of different things…

St. Mark’s Basilica is eye-popping! It’s a full Romanesque basilica with the roofs decorated in elaborate mosaics. It really has to be seen to be believed. From a distance, you can’t tell that the decorations are mosaics made of pieces of glass smaller than 1cm x 1cm… The mosaics look like paintings and with the elaborately tiled floors and varied marble columns, its as much a testament to the virtually unlimited wealth of Venice at its heyday as to the glory of God.

After the basilica we headed over to the Doge’s Palace – seat of the Venetian government for the better part of 1000 years. It’s not quite as grand as Versailles but it’s still pretty magnificent and the great chamber room is so massive we figured that we could probably fit all of the group’s houses into with space left over! The Doge’s Palace was more a civic building (there are private residences but most of it is dedicated to the institutional spaces) that housed law courts, appeals courts, civic records, etc. and the various councils and leaders that governed Venice and its colonies from the Middle Ages to the time of Napoleon. The palace is also connected to the New Prison by the famous “Bridge of Sighs” so you’re able to tour that as well (and we did).

While we were touring the Doge’s Palace we needed to split the group so the kids who had decided to do a gondola ride could get to the meeting place on time while the rest of us continued to explore the Palace and the prison complex. I’m told that the gondola rides were good and the shopping was excellent!

The rest of us decided to head over to San Gregorio Maggiore to take the elevator to the top of the bell tower for a stunning panoramic view of the Grand Canal, St. Mark’s and Venice… After taking in the views we hopped back on the vaporetto (Venice’s system of water buses) and back to St. Marks where we wandered the alleys and back streets looking for bargains and just enjoying this amazing city…

At 5:30 it was back to the meeting place (everyone was on time – no small feat where it is as easy to get lost as it is in Venice!) and then to the boat and back to the bus and on to the hotel. Dinner tonight was a very simple but tasty dish of penne with zucchini and olive oil followed by a beef dish in sauce of tomatoes, garlic and herbs… with french fries! The portions were better tonight so no one went away hungry although some of the kids found the beef dish a bit too salty… But the dessert was delicious. Before dinner, an older Italian man came in and gave each of the kids an old art book (large format magazine editions of famous art or artists from around Italy) – some were real treasures. The one about the Villa of Mysteries at Pompeii was a real score with pictures of the Villa as it appeared back in the 60s and another of Raphael’s works was also excellent! One of the kids even scored a copy with spectacular images of the mosaics at St. Mark’s basilica that we visited earlier in the day.

After dinner it was off to the rooms to pack and get squared away for tomorrow’s long bus ride to Rome. In all, today was a great day spent in one of the world’s most beautiful places… And the Lambrick Park kids were fantastic (as they have been the whole trip!) 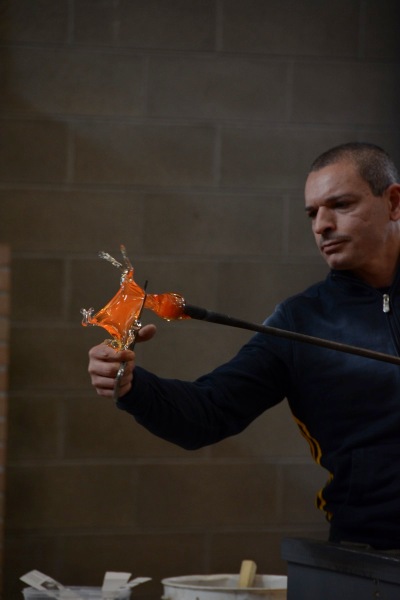 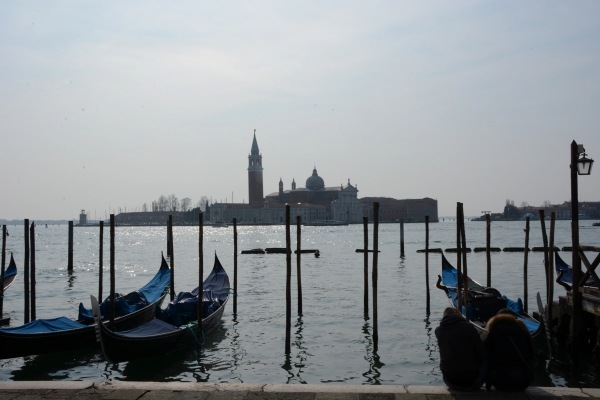 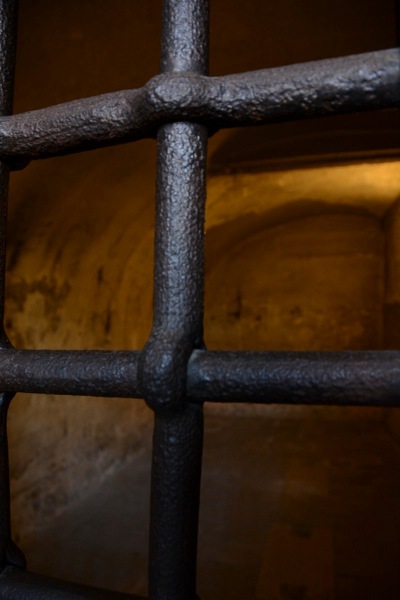 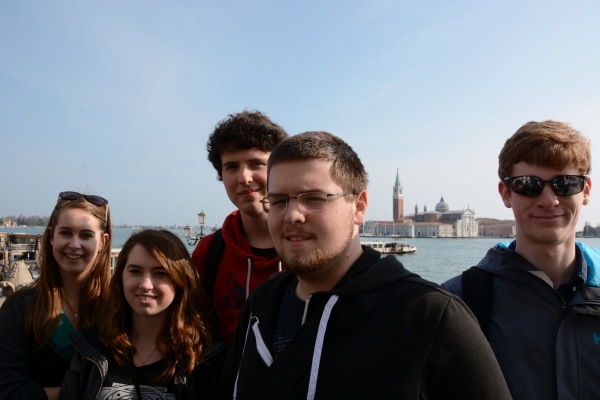 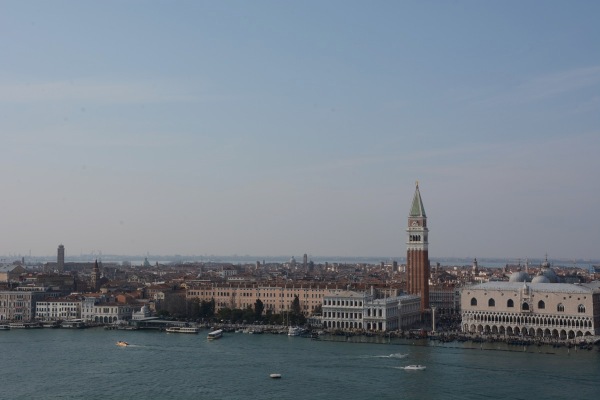 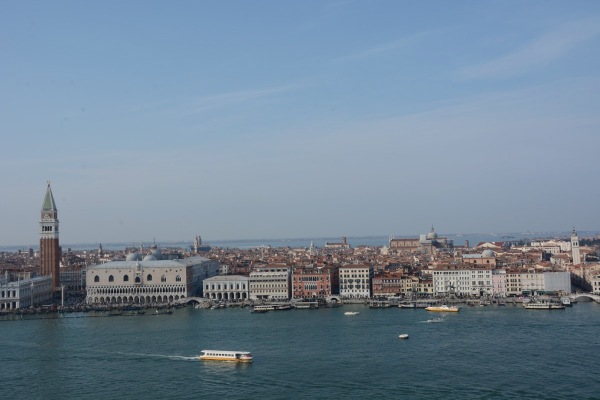 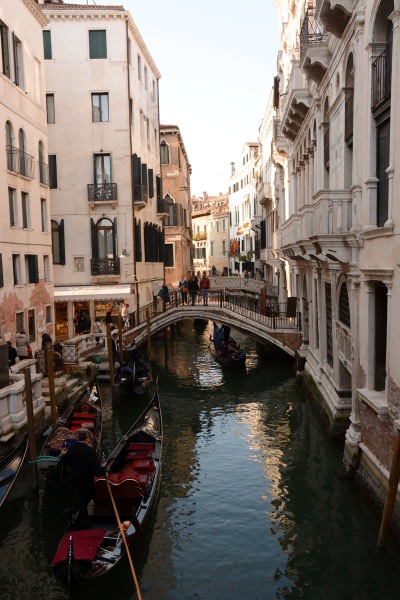 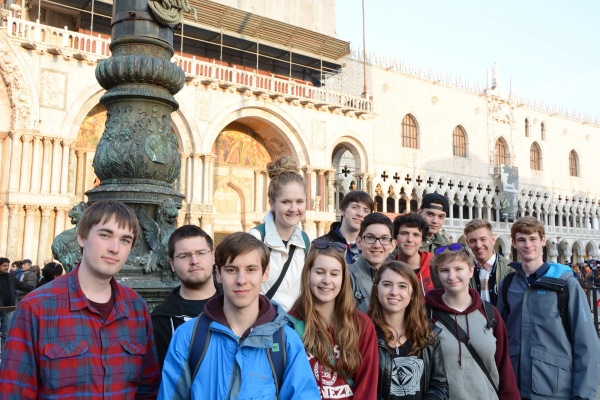