Today we boarded our charter bus at the very decent time of 9am and headed into Paris to meet our tour guide for the 1.5 hr guided bus tour of Paris. Susan was hands down the best tour guide we’ve had on the trip but that was probably because she brought a unique blend of crusty British and salty Parisienne humour to the mix… We toured around Paris for almost two hours with her seeing the Arc de Triomphe, Trocadero, the Champs Elysees (apologies for any misspellings of French words – I’m typing this on the flight from Paris to Montreal and don’t have a WiFi to check spellings), Les Invalides, Napoleon’s tomb, the Latin Quarter, the Pantheon… All the usual Paris tour bus sights… All accompanied by Susan’s jokes and quips. Despite Susan’s excellent commentary, I saw more than a few nodding heads at points along the way (testament to the gruelling pace of this trip).

We’d decided to head back to the Latin Quarter to give the kids a bit more free time and to give them inexpensive lunch options so we agreed on a meeting place and then scattered to do our own things. A group came with Marie and I and we quickly checked out St. Severin church then grabbed a donair/gyro from one of the many kebab places in the Latin Quarter. Then we headed out to find St. Sepulce (famous as the Rose Line church in the DaVinci code) but had to turn back partway to avoid running out of time. After turning back, we made our way to Shakespeare and Company bookstore (a famous English bookstore that features prominently in Hemingway’s autobiography and the lives of early 20th century ex-pat writers living in Paris). The location and owners have changed but the shop retains a few of the features that made it so popular at the turn of the century. I should also acknowledge Max and his group who searched out the location of Foot Locker stores in Paris, figured out there was one nearby and made it there and back with the new pair of shoes he’d been looking for since Nice (turns out when he asked the guy at the store what time they were open until, the guy heard what time do you open… so they weren’t actually open until 10pm… oops). Max and the guys even had time left over to grab a gyro before heading to the Louvre.

After lunch and free time, we walked over to the Louvre where we divided into groups just doing the Louvre and those who wanted to spend a little bit of time at the Louvre and a little bit of time at the Musee d’Orsay. I headed into the Louvre with the hardcore Louvre crowd while Marie and her flock of 3 headed over to the Orsay with the group from Toronto. I’m told they enjoyed their visit… Kudos to Marie for convincing the guard that the three kids were all hers so they didn’t get sent to the group line… The group from Toronto wasn’t so lucky – they ended up spending over an hour in line to get into the Orsay.

Our group started the epic death march that is visiting the Louvre for the first time and managed to see the Napoleon III apartments (poor guy really had to suffer), the ancient Near East exhibit (Hammurabi’s code and a wing full of artifacts from Akkadia, Sumer, Babylon and other ancient civilizations), the Egypt displays (most of them), the Mona Lisa and a fair sampling of other Renaissance Italian paintings, Delacroix’s famous French Revolution painting (the one with the bare breasted woman representing Liberty holding the French flag), Delaroche’s painting of Napoleon sitting on a horse crossing the Alps (he does not look happy to be there), the Winged Victory of Samothrace, the Venus de Milo (and a whole bunch of other Greek sculptures), Michelangelo’s Dying Captive sculpture (it really doesn’t look like he’s dying…), the beautiful Psyche revived by Cupid’s kiss (or something like that… I can never remember the name that particular sculpture), the medieval foundations of the Louvre, a sphinx, a bunch of pottery, some swords… By the end, the kids were staggering from bench to bench looking for a place to sit down after each famous piece… They blamed the air in the Louvre… I say they’re just museum rookies – a couple more trips and I’d have them whipped into museum-viewing shape.

We eventually found our way out of the Louvre and made our way to the meeting spot… We had a few minutes to kill so a few of the kids headed out to find the women who were handing out samples of Coke Life – a new type of coke being debuted in Paris that day. The combination of cokes and fresh air seemed to revive them a bit but food was definitely on everybody’s mind by this point.

Eventually, everybody made it to the meeting place and we headed for our dinner spot – fortunately only a few minutes away from the Louvre. Dinner tonight was a beef bourguinon (basically just beef stew) with hash brown potatoes. Dessert was a nice chocolate torte cake or something like that… French baked goods confuse me. Our nut allergy traveller received a lovely bowl of mashed kiwi… He seemed to enjoy it…

After dinner we headed for the metro (after a brief but thorough briefing from Frank on using the metro with 36 people) and headed for the Eiffel Tower. We made it through our metro journey with no trouble at all and seeing that the lines for the tower elevators weren’t too bad decided to try to get to the top… But not before Frank made sure that we understood that we might not make it back to the hotel on the metro if we ran late on the tower… We talked about it a bit and made the decision to go for it… I’d sent Marie to stand in line while we talked it over so we were a bit ahead of the other group (although I don’t think the people behind Marie in line appreciated it when 14 other people showed up… it’s probably a good thing I don’t speak French because I don’t think the one lady was saying “how are you, what about this weather”). After giving Marie (she was staying on the ground with anybody who didn’t want to go up the tower due to fear of heights or other reasons) the various pocket knives, lighters, laser pointers and other prohibited items the kids were carrying around with them (I don’t want to know how much they spent on lighters and lasers on this trip) we made our way through the lineup with an anxious eye on our watches and were soon on our way to the very top of the Eiffel Tower. The security screening was on par with that of an airport (which is a very good thing when you think what kind of a statement could be made by a bomber at the top of such an iconic building). Once in queue for the elevators, it was basically every man/woman for himself/herself and chaos reigned at the top… After a few minutes to take some selfies and snap some photos of Paris laid out at our feet, it was time to head back to the elevators for the trip back down. Things got a bit hectic at this point but eventually we rounded everybody up and got them into an elevator and down to the second floor where we had to leave one elevator and board another for the trip back down to solid ground. At this point it was evident that the last few kids weren’t going to make it into an elevator any time soon so we decided to hoof it down the 660 steps from the second floor to ground level… We made good time… although our legs and knees didn’t really appreciate it all that much. At least we were warm though!

Once at the bottom, we met up with the rest of the group and boogied for the subway to get to our RER train that would take us from Paris to Maison Lafitte (I should point out that the metro was free all day this day due to high levels of pollution in Paris…). We made it to the first metro line and boarded a minute or two after arriving… At the Charles de Galle Etoile stop we piled off the train and hustled for the RER platform and made it with about 2 minutes to spare… After about 25 minutes on the RER we arrived at Maison Lafitte and piled off the train to make the 10 minute walk back to our hotel. After a briefing from Frank about the departure time for the next day and some reminders from me about passports and carryon luggage, our last (and epic!) day in Europe came to an end. 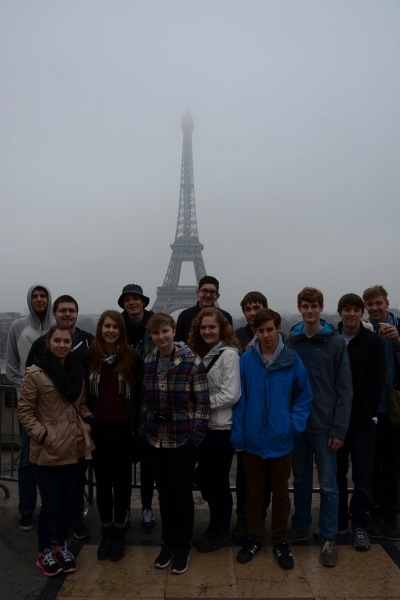 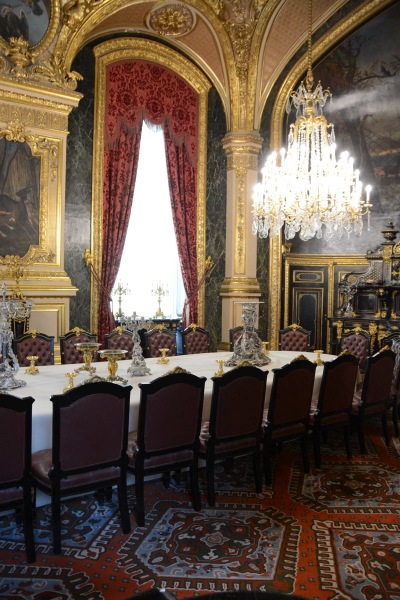 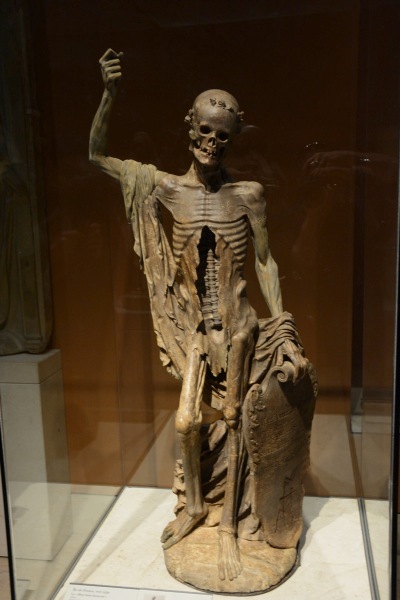 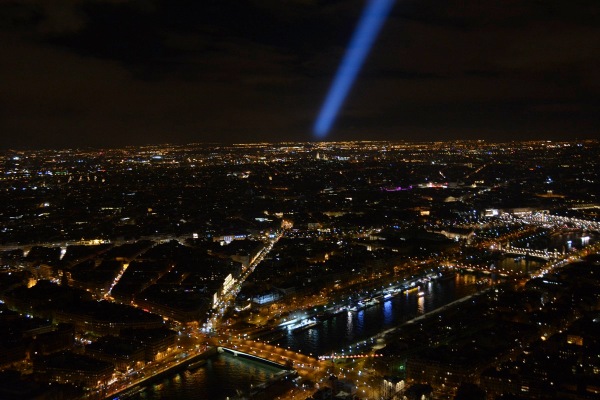 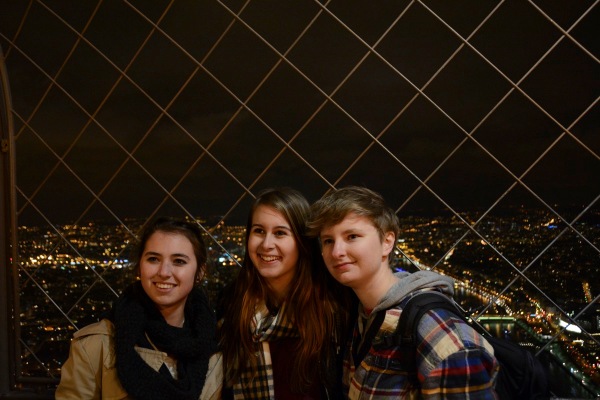 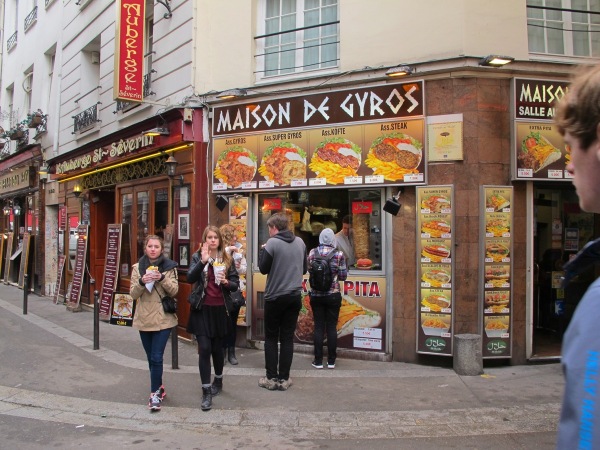 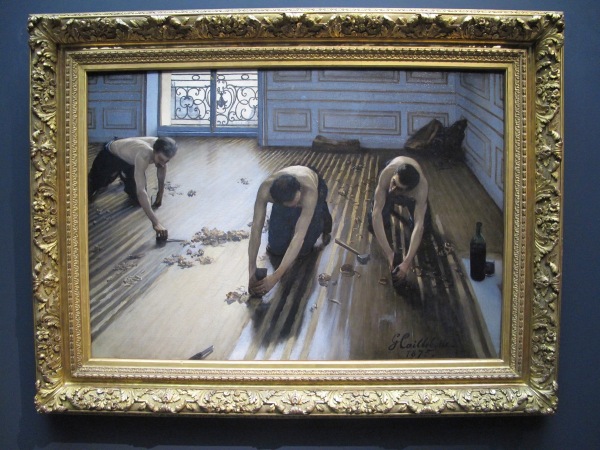