Today was another early day so we could get to Florence early enough to give the kids a decent amount of free time before dinner. There were a few stragglers who had to wolf down their breakfast on the run this morning but everyone was technically on the bus and ready to depart by 7:45am.

The drive from Rome to Florence was pretty routine… Most people slept on and off for large parts of it (scenery-wise we’d already seen this stretch of road when we drove from Venice to Rome so it was a good day for people to catch up on sleep).

We made good time getting out of Rome and made it to Florence around noon and the hotel had our rooms ready for us (kudos to Best Western!) so we were able to drop our bags in our rooms and make the 3km (okay it wasn’t actually 3km but it sure felt like it after a long day of walking in Rome yesterday) to the Duomo (the cathedral at the heart of Florence). From there we let everyone split up to find something to eat and to squeeze in a few minutes of shopping before we had to meet our tour guide at 2pm.

Most of us headed for the Piazza de Signoria – a large square a couple of blocks from the Duomo where the Uffizi Gallery and the Loggia are located. The Uffizi is home to one of the world’s best collections of Italian art (Marie and Caitlin and I spent a few hours there when we were in Florence a couple of years ago but it wouldn’t be on the itinerary for today – the lineup was horrendous!) In addition to housing a great art collection, the Uffizi is famous for being the place where Michelangelo’s “David” stood for many years until it was moved to the Accademia for protection from the elements. There’s a copy outside the Uffizi that is supposed to by accurate to the millimetre but it seems lacking something the original possesses. The Loggia is an open air sculpture gallery housing a collection of quite excellent sculptures ranging from the 2nd century AD to about the 1600s… They all seem to deal with the Rape of the Sabine Women or similar themes but are all spectacular sculptures. The Cellini bronze of Perseus slaying Medusa is awesome – it should be as it took him 8 years to complete!

After grabbing a bite to eat and poking our heads into a couple of stores, it was time to head back to the Duomo to meet our tour guide. She turned out to be the best of the group – at least this time most of us could actually hear her. Our tour took us from the Duomo to Dante’s house and tower to the Loggia and the Uffizi across the Ponte Vecchio (a very cool medieval bridge – one of the only ones left in Europe if not the only one – with shops on both sides) to the Pitti Palace and then back. The tour wrapped up at a leather factory with a short demonstration of leather making and how to tell if it’s real leather or not… This actually turned out to be quite interesting and the kids picked up quite a few small items (the big ones were very expensive).

After the tour and the leather making we had about 2 hours of free time before dinner. Our group decided to head to the Duomo to see if it was still open… It wasn’t, so we figured we’d head to the Accademia to see if it was still open and if the lineup wasn’t too bad. We took advantage of a shop’s wifi to confirm that it was open so headed up to check on the line. We timed it perfectly as there were maybe 10 people ahead of us when we arrived. The security guard figured out we were a school group and even arranged for us to get a group admission rate – free for anyone under 18! – and then let us all in right away. Things couldn’t have worked out better… Until we found out that they now allow you to take pictures of David (something that wasn’t possible until just recently). We made our way quickly to Michelangelo’s masterpiece – unfortunately not paying as much attention to the collection of priceless musical instruments (including quite a few Stradivarius’) or Michelangelo’s evocative slave sculptures.

By this point, few kids decided to bail out for the nearest Disney store so we agreed to meet up with them at the meeting point. The rest of us checked out the rest of the Academia and then split up to do some shopping before heading off for dinner. Dinner tonight was a starter of penne in ragout (bolognese sauce) with a second of pork scallops and salad. Dessert was a small piece of biscotti with chocolate and vanilla gelato…

After dinner, we made the longish trek back to our hotel where our kids settled down for an evening of cards and just hanging out while the other group decided to go off to a nightclub from 10:30 to 1am or so (apparently it’s something they do every time they’re in Florence). Some of our boys got the penthouse suite (actually just two decent size rooms joined together) so everyone was able to hang out and talk, play cards, etc. for a couple of hours before everyone turned in.

Today was a pretty good day. The weather was much better and Florence is a beautiful city. Dinner was pretty good and everybody in our group is getting along really well… We rarely interact with the other group that we’re touring with but the kids seem pretty content with that situation and prefer to hang out with one another. 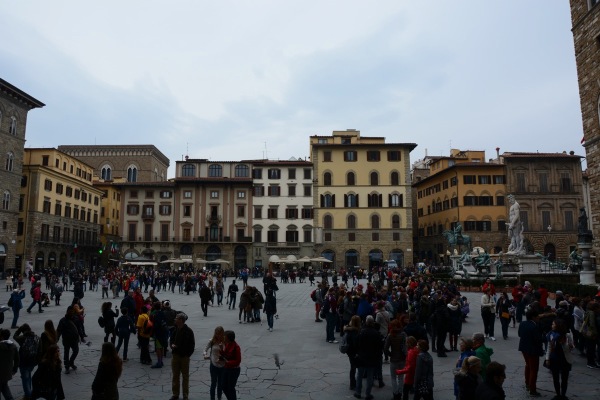 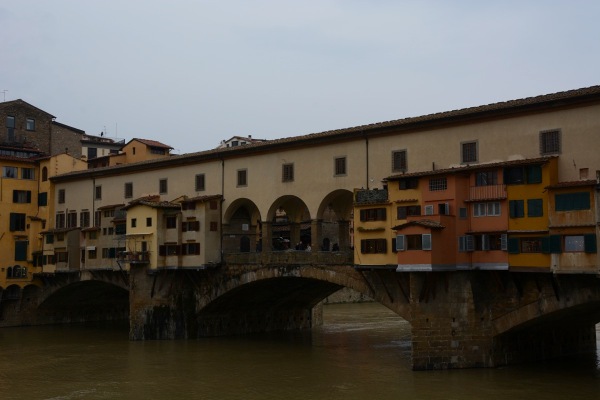 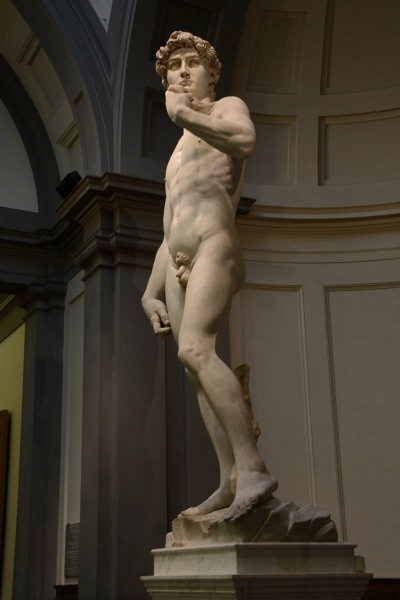 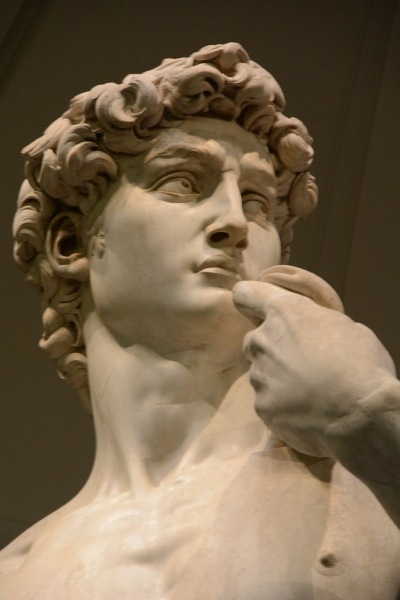