So I guess I should have named the blog 10citiesin5countriesin13dayswith13kids because technically we have visited 5 countries now – Switzerland, Italy, France, the Vatican and Monaco (although if you count landing in Frankfurt we’ve actually visited 6 countries in 13 days…). However you count it, we’ve seen a lot of countries in a short period of time and today our morning started with a visit to Monaco – home of the Grimaldi family of Prince Rainier and Grace Kelly fame… Actually, for some of our kids, the morning started at 6am with a walk down to the beach to swim in the mediterranean… Kudos to Caitlin and Kristen who actually went in for a brief dip in the bracing 15° water! Kudos to them all for finding their way to and from the beach and returning to the hotel on time… and not drowning!

Along the way we stopped at a French perfume factory in Eze – Fragonard – where we were given a tour (quite brief but interesting) of some of the steps involved in making perfume and then treated to the usual “special price for you” presentation in their showroom. I was a bit confused about this part of the tour – I think these factories (there’s a bunch of them in the Riviera region apparently) make perfumes for the big names (Dior, Chanel, etc.) but all we saw was the making of their own in-house perfumes and soaps, oils and creams, etc. and that’s all that was available for sale… Maybe the other ones are too top secret to show the tourists! The one interesting fact (shared with us by Frank and confirmed by the performer tour guide) that the “nose” (the person responsible for creating new perfumes) is always a man because they actually have a sex-linked genetic defect that renders them unable to filter or block smells and makes their olfactory sense super-sensitive. There are only 150 of them in the world and 100 of them are in France. With only 150 in the world, and 10 years of training to refine their sense of smell, I imagine they can ask pretty much any rate of pay someone is willing to hand over but the fact they can never drink alcohol or eat spicy food would take some of the shine off being a “nose” as a career choice! We also got to see some of the workers in the factory making soaps, Moroccan oils, hand creams, etc. If there was ever a good advertisement for getting an education, this was it… not because the perfumerie jobs were so exciting but rather the opposite. We saw one guy sitting at a soap press punching out rubber ducky soaps, one woman putting egg shaped soaps into a cardboard egg carton and another woman putting bottles of hand cream into boxes. They smiled dutifully for the kiddies as we walked by but from the look in their eyes, I suspect they were taking long pulls from flasks of brandy in their desks just to get through the rest of the day…

Although we didn’t have a chance to buy any brand name perfumes, we were able to buy Fragonard’s original scents and there was some pretty serious damage done to the kids’ spending money balances (and credit cards) before we left.

After our stop at the perfume factory in Eze we made our way on to Monaco where we started our visit with a short walk through the gardens between the Oceanography Museum (the grandfather of the current Prince Albert was an avid sailor and ocean enthusiast and the Grimaldi’s pride themselves on their deep connection to the sea). The gardens are pretty… the multimillion dollar yachts in the crystal blue harbour below the cliffs were even prettier. Along the way to the palace we stopped to check out the cathedral – with the obligatory stop at Princess Grace’s grave (people still put flowers and potted orchids on it every day). This was an interesting cathedral – it’s done in a neo-classical style but is pretty small and intimate. It’s a pretty modern church (late 1800s) but the artwork is mostly authentic renaissance pieces – goes to show what you can do to decorate your church when you’re living in one of the wealthiest countries in the world.

After the church we made our way to the palace to watch the changing of the guard… It was, as Marie put it, “a bit of a snoozer.” They had a couple of drummers and a couple of trumpeters and they did the usual march and stuff but it was pretty lackadaisical… The most exciting part was Marie getting yelled at for trying to cross the road while we waited for the ceremony to start… Apparently it was okay to cross the road at some points but not others… Or the guy doing crowd control was as bored as we were… Fortunately the whole thing only took a few minutes so it didn’t cut into our sightseeing too much…

After the changing of the guard we were able to give the kids about an hour of free time so everyone spread out to see the sights and grab something to eat. We took a few minutes to appreciate the sight of Monaco proper – with Monte Carlo in the background – although Marie found it a bit too built up for her tastes. But when your country is only a couple of square kilometres in area, I guess building up is your only option… After all, you wouldn’t want to take away any harbour space from the massive, awe-inspiring yachts, would you… After all, where else are you going to moor your mini-cruise ship with 2 swimming pools???

After wandering around for a bit and admiring the Disneyland like cleanliness and cute little streets, we met up with everybody and headed for the parking lot to re-board our bus to head back to Nice.

Once in Nice, we turned the kids loose for just over 4 hours of free time to wander the old town of Nice (a maze of cool old buildings and quaint, one-of-a-kind shops) or to hang out on the beach (apparently a shadow of its summer self where there’s barely a square inch of space and many of the women are topless) or to shop in the malls or department stores… I was a little nervous about turning the kids loose for so long in a city I’m completely unfamiliar with but they did awesomely – all of our group were back at the meeting place promptly on time and I think the only trouble they got into was doing some serious damage to their bank accounts at the Foot Locker shop (apparently they have great prices and versions you can’t get in Canada). Marie and I found a great little place in the old town and she caught up on work emails while I caught up on blog posts (first decent speed WiFi we’ve had in Europe).

We met up with the other group and with Frank just after 6 and made our way the short distance to our restaurant for tonight’s dinner. Someone at EF must have heard Frank saying the food in Nice is typically lousy because tonight’s dinner was a delicious beef ragout (actually veal) with boiled potatoes and a small green salad… Although there were a few at our table with ethical reservations about eating veal, everyone pronounced the meal delicious. Dessert was a very tasty raspberry cake with marzipan… at least I assume there was marzipan because that would explain why the server made a point of telling our traveller who is anaphylactic to nuts “not to eat”… The hysterical part was the server then handing him a whole apple and a knife in lieu of dessert…

On the topic of food, I’d heard from previous EF travellers that the food was lousy on these trips. I can’t say that’s been the case for us. Some of the meals were a little small in terms of portion size and some weren’t perfect taste-wise but overall, the food has actually been very good. We’ve had basically the same breakfast everywhere we’ve stayed (meat, cheese, bread of some kind, yogurts, cereal or granola and juice, tea, coffee…) and they’ve all been quite good and the dinners have been more than passable. The tour director, myself and the other group leader each fill out an evaluation of the rooms, the food, the tour guides, etc. after each overnight stop so I guess the immediate feedback allows EF to let places know if they’re meeting expectations or not before the next group arrives. Whatever their system, it’s working pretty nicely for us… And because they serve standard size meals to all the kids, most of the guys have been able to eat their fill by finishing off the girls’ meals (it’s actually kind of funny each meal to see the passing and trading that goes on with the meals). They’ve also been very good about making sure that the vegetarians (there are none in our group but there are a couple in the other group), the kids with dietary restrictions (one kid in the other group keeps kosher and there are two kids who don’t eat pork) and the kids with allergies (there are two kids with life-threatening allergies to nuts and a variety of other allergies) are accommodated – not a small feat when you’re serving 36 people simultaneously (and doing it for little $ as I’m sure EF isn’t paying the hotels and restaurants a huge amount of money for each meal they serve).

After dinner the groups split up again with the kids from Ontario heading for an ice cream shop while our kids headed for a Monoprix grocery store to stock up on food for tomorrow’s train ride… Along the way we had to stop and take a couple of pictures of the store mannequins rocking Connor’s signature style… It’s not for me to comment on French people’s grocery store configuration but I’m not sure that putting a fish market inside the shop is all that great an idea… Putting a fish market next to the bakery section is downright crazy… I’m sure everyone’s baked goods taste like cod!

After stocking up on supplies for the train (our kids’ food choices ranged from tzatsiki to three tubes of pringles to heaping piles of croissants… I’m sure we told them several times it was only a 5.5 hour train ride but they bought enough food to start a business selling snacks on the train) we headed for the hotel (with an obligatory stop along the way at McDonald’s). Once back at the hotel, we met briefly in one of the rooms to go over the plan for the next day and called it a night (at least I called it a night – I think most of them stayed up for a couple more hours playing cards or unpacking and repacking their packs).

Nice is a pretty cool town. There’s enough old architecture to make it pretty and the old town is as nice (no pun intended) as any I’ve seen on my travels and there’s also the beach and the more modern pedestrian areas… Frank was saying they’ve put a lot of money and energy into fixing up parts of the city that were a bit rough in the past and it seems to have paid dividends. I was a bit nervous about turning the kids loose for a few hours but it’s a very safe city (at the least the areas we were in) and it’s easy to find your way around… I think most of the kids would rank it as one of their favourite cities of the tour thus far – of course it’s hard to find fault with a city when the sun is shining, it’s 20° out and you’re in the French Riviera! 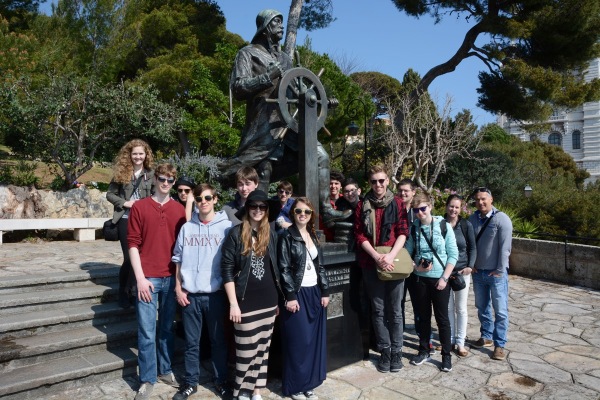 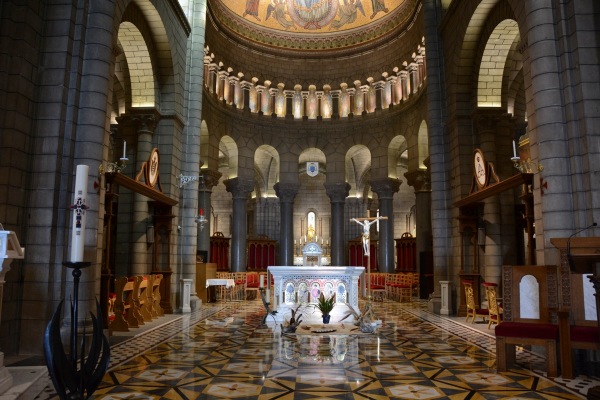 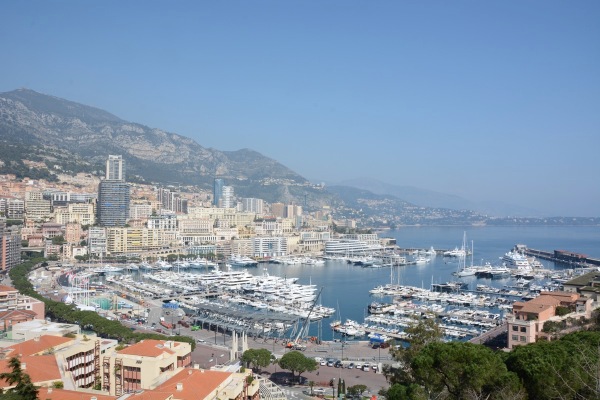 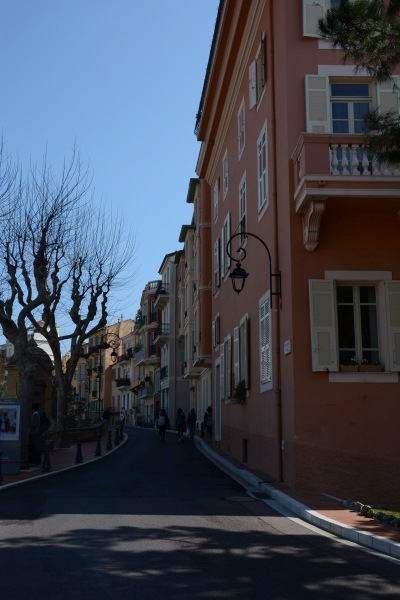 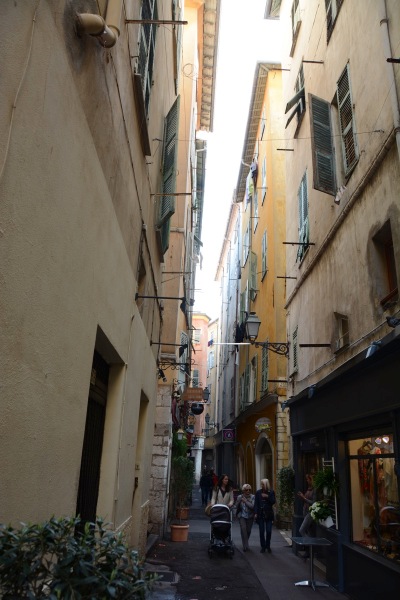 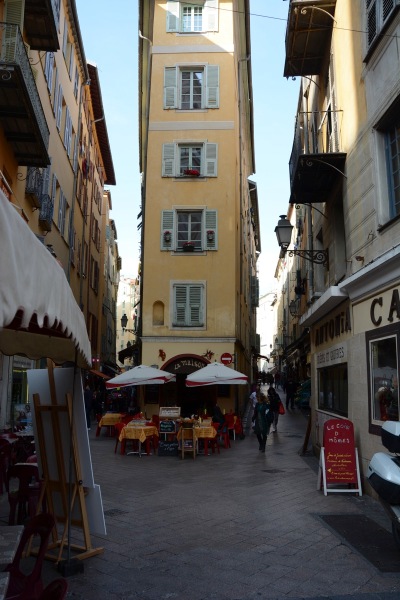 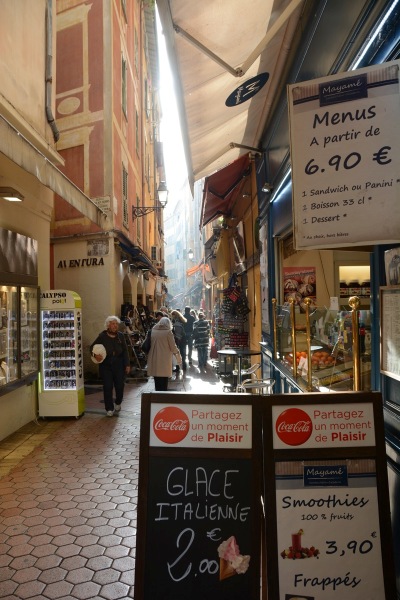